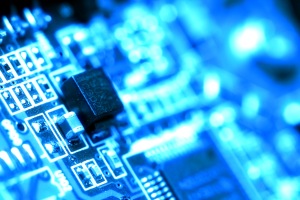 One of the many unexpected consequences of mainstream social media use has been a substantial uptick in civil lawsuits.  This primarily includes a growing number of lawsuits for defamation and libel.

Obviously, social media provides us with a remarkable (and limitless) forum to publicize our thoughts, feelings and opinions on any subject, at any time.  Occasionally, social media users write negative comments or reviews about other people or businesses.  If these comments qualify as defamatory, unwitting Facebook users can find themselves staring down a credible lawsuit for libel.

Although social media users have been subject to an increasing number of civil lawsuits, it is still relatively rare for users to get arrested or criminally charged for what they post.  But that is exactly what happened to Wisconsin man who took to Facebook to criticize a local Wisconsin police department for engaging in what he believed to be racial profiling.

By way of background, in the summer of 2012, police officers from the Village of Arena in Wisconsin were searching neighborhoods for several African-Americans teens suspected of robbery.  Apparently, a local resident came upon the suspects and detained them at gun-point until the police arrived to make an arrest.

You’re so very welcome. Thanks for searching my house and accusing me of harboring so called dangerous fugitives, that I don’t even know….wasting time searching peoples houses when the ‘fugitives’ were no where near there…and since when is it ok for a resident to point a gun at a couple if KID’S heads? If that was anyone else’s kids pretty sure it would be a big deal. Oh wait though, they were black so It’s ok. Thanks to everyone that made our town look like nothing but a racist, prejudice place to live..I’m embarrassed to say I’m part of that kind of community. If I were black I’d run too.

Thomas Smith also posted a reply to the Officer’s “thank you.”  His reply was not exactly subtle.  It was essentially a profanity laced screed that accused the Village of Arena police department of being racist.

The Officer who posted the “thank you” reportedly read Smith’s posts and deleted it. A few days later, Smith received a phone call from the Village of Arena police department asking if he had in fact written the commented posted on the police department’s Facebook page.  He confirmed that he did and that he “meant it” and “didn’t regret it.”

The Officer who posted the “thank you” reportedly requested that Smith be arrested for, among other things, disorderly conduct and unlawful use of computerized communications systems.

As I have discussed previously, if the First Amendment serves any purpose, it is to protect a person’s right to criticize (however in-artfully) the government. (see https://atomic-temporary-98114188.wpcomstaging.com/2015/09/16/writing-obscenities-on-a-speeding-ticket-is-protected-speech-under-the-first-amendment/).  But remarkably, Smith was arrested, charged and convicted of both counts.  He raised the First Amendment as a defense in his criminal trial.  However, the prosecutors argued and the trial judge agreed that his comments were “fighting words.”  The “fighting words” doctrine is a dubious and seldom used exception to the First Amendment right of free speech.

Smith appealed his conviction and it was overturned on appeal.  The Appellate Court correctly determined that Smith’s criticism of the Village of Arena police department fell well within the protections afforded by the First Amendment.

After the charges against Smith were dismissed, he filed a civil rights lawsuit against the Officer who directed his arrest and the Village of Arena.  That lawsuit recently settled.  You can read the complaint here:

Although the Appellate Court eventually vacated Smith’s arrest, it is remarkable that he was arrested to begin with.  It is even more remarkable that he was convicted.  Remarkable, but maybe not surprising.  Although social media is an incredible new forum for expression, its mainstream use is relatively new in the scheme of things.  Hopefully as more of these cases work their way through the criminal justice system the judiciary will create enough precedent to firmly establish a citizen’s right to criticize the government via social media.

Thoughts and Observations on the Law by James Goslee